STUDENTS RETURN TO SCHOOL UNDER STRICT HEALTH PROTOCOLS by Fardah

The figures showed a sharp decline compared to 56,757 fresh confirmed cases recorded on July 15, 2021, and daily deaths at 2,069 on July 29, as Indonesia's daily COVID-19 cases hit a record when the country faced the second COVID-19 wave that had overwhelmed the nation's medical facilities.

Following the significant drop in new cases, the government has decided to ease the semi-lockdown measures and lower the PPKM levels to 2 or 1 in several regions.

Another factor leading to the decision is that the country's vaccination rate is relatively high, even higher than the target set by the World Health Organization (WHO).

The government rolled out its COVID-19 vaccination program on January 13, 2021, for healthcare workers, public service officers, elderly people, and teachers. Later, students aged 12 years old and above were also covered.

As nearly all teachers and many students have been vaccinated, a face-to-face learning process becomes possible, so several schools are allowed to open under strict health protocols.

"We hope to start (face-to-face learning activities) as soon as possible because we want the students to immediately get the knowledge back in school," President Joko Widodo (Jokowi) said recently while reviewing COVID-19 vaccinations at the State High School 3 in Wajo District, South Sulawesi.

INDONESIANS PREPARE TO LEARN TO LIVE WITH COVID-19by Fardah

Jakarta, 29/9/2021 (ANTARA) - The Indonesian government has been racing to inoculate over 208 million citizens as the nation prepares to learn to live with COVID-19, which has continued to linger since early 2020.

Indonesia is listed among the top 10 countries with the highest COVID-19 vaccination rates in the world, Reisa Broto Asmoro, spokesperson and ambassador for the Adaptation of New Habits, pointed out.

Globally, 43.9 percent of the world's population has received at least one dose of the COVID-19 vaccine, she said. A total of 6.03 billion doses have been administered and 28.15 million vaccines provided to the global population each day, she said.

She revealed that as of September 24, 2021, Indonesia has obtained more than 273.6 million vaccine doses through direct purchase, global cooperation through the Covax facility, and donations from countries, including the United States, Australia, Japan, the Netherlands, the United Arab Emirates, and France.

From January to late September 2021, the government has distributed about 200 million doses across Indonesia, she said.

In the beginning, Indonesia relied on the CoronaVac vaccine purchased from Chinas Sinovac pharmaceutical company, Asmoro noted. The vaccine was purchased both in finished form and in bulk for further processing by Indonesias state-owned Bio Farma, which has also established cooperation for CoronaVac production with Sinovac, she said.

INDONESIA TO FOCUS ON ECONOMIC RECOVERY DURING G20 PRESIDENCY by Fardah

Italy, the current G20 president, will hand over the presidency to Indonesia at the Rome Summit, which is scheduled on October 30-31, 2021.

Indonesia was elected to the G20 Presidency for 2022 during the G20 Summit in Riyadh, Saudi Arabia in November 2020.

It will hold the G20 Presidency, themed Recover Together, Recover Stronger to reflect the spirit of collective recovery, from December 1, 2021 till November 2022.

In fact, Indonesia, the worlds fourth most populous nation, is the only ASEAN (Association of the Southeast Asian Nations) state that was invited to join as a G20 member.

To ensure the smooth and successful implementation of the G20 events that will be hosted by Indonesia next year, President Joko Widodo has issued decree No. 12 of 2021 on the National Organizing Committee (OC) of the Indonesian G20 Presidency.

Indonesia will have seven priority agendas for the finance track for Indonesia's G20 Presidency in 2022, according to Minister Indrawati. 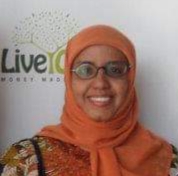 Posted by Fardah at 4:01 AM No comments:

Jakarta, 7/9/2021 (ANTARA) - After a long battle since June 2021, Indonesia has finally emerged from the second tsunami wave of COVID-19 infections.

This has been made possible through the assistance of all stakeholders at the national level and several countries that have donated vaccines, medicines, oxygen, and other medical equipment to aid Indonesia's COVID-handling efforts.

Following the implementation of strict restrictions on peoples movement since July 3, 2021 and an accelerated vaccination program, the country managed to bring down daily cases to 7,201 on September 7, 2021, bringing the total COVID-19 tally to 4,140,634. Meanwhile, the daily deaths stood at 683, taking the total toll to 137,156.

The Health Ministry highlighted the positive trend in developments pertaining to efforts to overcome the COVID-19 pandemic in the country, as evidenced by a decline in the case count.

The number of confirmed cases have declined up to 25 percent, the mortality rate has gone down by 37 percent, and the positivity rate has decreased by 10.36 percent, while the recovery rate has continued to increase, it said.

"The key to successful handling of COVID-19 is strongly influenced by several factors, including the vaccination program, which plays a vital and very important role," Vice President Maruf Amin said while reviewing a vaccination program at UI Salemba in Jakarta on September 7, 2021.

Amin appealed to people, who have received the COVID-19 vaccine, to continue to follow strict health protocols. He also asked regional authorities to intensify the 3Ts (testing, tracing, and treatment).

Despite geographical constraints, the government is targeting to vaccinate 208 million people, or 77 percent of the total population, against COVID-19 before the end of this year.